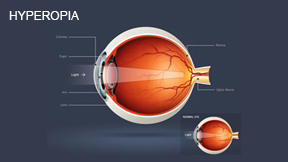 Those considering vision correction now have another reason to be confident in LASIK. The National Aeronautics and Space Agency (NASA) has approved the new advanced, CustomVue LASIK technology for use on U.S. astronauts.

“Even your most-extreme lifestyle is nothing compared to being ejected from an F16 or the G-Forces of atmospheric blastoff,” said Dr. G.N. Qureshi M.D.  “With today’s advanced LASIK technologies patients can be confident that they will have improved vision, but also that the procedure has proven to be extremely safe as well.”

Approved for use on consumers almost a decade ago, more than 11 million LASIK procedures have been performed to-date, making it the most-common elective surgical procedure in the U.S.

Concerns about the harsh aviation environment prevented the earlier forms of LASIK from use in the military and NASA. To date, aeromedical professionals have been cautious of employing the procedure on military aviators who frequently encounter environmental extremes such as high altitude, dry air, wind blast and “G” forces.  In space, these and other conditions add even higher levels of concern due to the extreme precision needed during flight and space walks.

Some notable results of the many clinical trials conducted for the Department of Defense include:
* An evaluation of Custom LASIK in 100 military personnel showed that 95 percent achieved 20/20 uncorrected vision or better; these patients, on average, were previously only able to read the first line (the big “E”) of the vision assessment chart.
* In an evaluation of 785 aviators, 89% of Navy pilots rated their ability to land on an aircraft carrier as moderately to significantly better after laser vision correction.  None said it was worse after surgery.
* A separate study determined that over 90 percent of marksmen had improvement in marksmanship skills after laser vision correction; a significant result given the visual precision of marksmen.

In the Pakistan laser vision correction market, Advanced CustomVue LASIK is rapidly becoming the most widely performed laser vision correction procedure. In fact, the majority of premier ophthalmic teaching institutions, including Duke University Medical School, the Wilmer Eye Institute at Johns Hopkins, the Bascom Palmer Eye Institute at University of Miami, and Stanford University, totaling over 16 domestic and international teaching institutions, use Advanced CustomVue LASIK to train the next generation of LASIK surgeons.